October 28, 2019
Posted by: 9jastolencars
No Comments
Lagos Command of the Nigeria Police isn’t slowing down on the war against criminals! It arrested three alleged car thieves terrorizing motorists!

Officers of the Nigeria Police from the Apapa Presidential Task Force nabbed two alleged car thieves who tried to rob unsuspecting motorists at Mile 2, in the morning traffic, on Tuesday, August 21, 2019.

Just last week, officers from the Satellite Division arrested another suspect, Francis Abubakar, after he and his three-man gang attempted to rob motorists around Mosalachi, along Badagry Expressway. Other members of the gang escaped, leaving behind the Peugeot 307 salon they wanted to snatch.

Eyewitnesses disclosed that the robbers shot in the air repeatedly, intimidating motorists in the area. Not too long after, the Police arrived at the robbery scene and gave them hot chase after firing gunshots in the air. The robbers escaped on motorcycles awaiting them, leaving Abubakar behind. 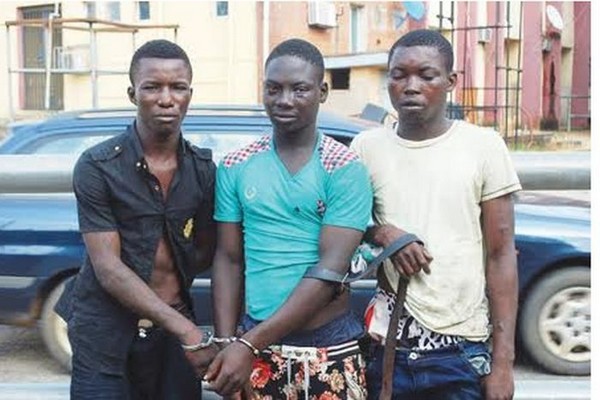 Following Abubakar’s arrest, the Police found a gun on him which he brought along for the operation. 9jastolencars further gathered that he was subsequently moved to the Special Anti-Robbery Squad (SARS) for further investigations.

Sources claimed that the two robbers who were recently arrested were the ones who escaped during the former robbery where Abubakar was arrested. They were taken to the Police Sation – Area E Command for further investigations.

Please select search form in the Ivory Search widget.
We do not share your personal details with anyone.
Compare